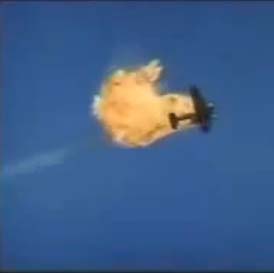 I've been watching The Battle of Britain (1969). And later today I'll be in the Science Museum in London looking at an Ox-box (Airspeed Oxford), and imagining my characters into it. This is for a story with a fairly specific brief and the setting is rather outside my comfort zone, so I'm doing a lot of almost-real-world research. Actually, although I say it's outside my comfort zone, I've ended up writing quite a lot about aeroplanes in the last year. This is despite a longstanding vow never to write about sport, music or engineering. I'm on my fourth engineering book in 12 months, not counting the story.


But to the film. How do you find out how a pilot escapes a WW2 plane when it catches fire? How do you find out how much noise the engines make, how a plane crashes into the water and how long a 1940s parachute takes to open? I've been to Duxford (the aeroplane bit of the Imperial War Museum) and talked to experts but these are the kind of details you don't find in books or objects. Even contemporary accounts of flying and crashes don't itemise the details that were obvious to the participants, but that disappear into history as planes and procedures change. 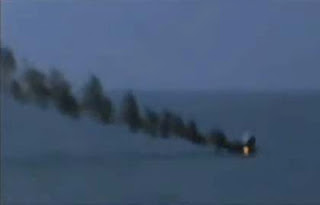 Film is perfect. Newsreel film is best, but even fictional films are fine as long as you can trust them to be accurate. That means they must either be well researched, or made sufficiently close to the times they portray to be necessarily accurate. People would mock a film that got it wrong when the events depicted are still well within living memory. Many of those involved in making The Battle of Britain would have been in the war, or in the forces soon afterwards as National Service recruitees. So I'll trust them to show me how planes crashed in 1941. And even if they're wrong, they will fit in with how we imagine planes crash.

It can be a problem when research reveals that the popular conception of something is wrong. Then your book can be accused of being wrong when it's not, and it's everything else that's wrong. But I'm assuming this isn't the case with film of how planes crash, since some planes had to be crashed to make it. 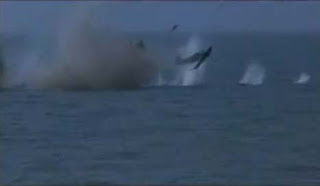 I first saw The Battle of Britain when it came out. I went with my father - who had been in the RAF - to a cinema in Aldershot, home of the British army. At the time I had no idea, being very small, of the significance of that. There would have been plenty of people in the audience who remembered the events - and they loved the film (perhaps because it's full of jingoist heroism, of course). I'll trust those servicemen from 45 years ago. They would have had no truck with blatant technical inaccuracy, at least.
Posted by Stroppy Author at 08:18