At last. In fact, I did it more than a year ago, but didn't finish it so I didn't publish it. But today the need to find an excuse not to get on with work was so extreme I did that instead. Now there's no excuse, and I'll really have to do some work....

Oh, if you want to see it, it's here. Please Like it (if you do like it) as I need enough Likers before I can claim a name for it.

How not to do it - worst query letter ever? Just because you've written a good-enough submission to a publisher once (or more) doesn't mean you'll get it right every time, and doesn't mean it's easy the next time.

For great advice on writing a query letter (US term), read this post by Ann Crispin of Writer Beware. But if you want an example of what not to do, look below.

The following was reported to me last night by a friend, publishing director of a very large publishing company which, you need to know, does not publish any fiction. The letter, with typos corrected, said:


To whom it may concern

I can't write very well but I thought I'd like to write a novel. I've decided to make my novel about pirates, but I don't know anything about pirates. Could you please send me some information about pirates, their lifestyle, what they do, so I can write my novel?

How to read a publishing contract (20)

Stroppy Author's stroppy tour is over. After stropping at the health authorities in CrowAshire, and then at the NHS, I believe my Big Bint will be OK and we can all settle down and get back to normal (though I've forgotten what normal is, and whether it's desirable). At least we can get back to work. Thank you for those who sent good wishes or gave more tangible help during the summer crisis - I'll book you a ringside seat for the autumn crisis, as crises seem to be coming with seasonal regularity.

Now back to the publishing contract. It's a clause from la-la land (which I think has been rebranded TellyTubbyTopia and have an R in a circle after it) - this is never going to happen!

This means that if the publishers send you too much money [pause for hollow laugh] they can claim it back from other money they owe you either for the same book or for another book. It's not worth stopping to say 'what if I've spent it? it was your error' because it's so unlikelyt that a publisher will ever pay you too much. And as long as the clause does, like this, say they will claw it back from other money they owe you, it's not going to be too hard. You don't want them demanding you send it back directly, though. If you have to argue about this last issue, you can point out that it is entirely within their power not to overpay you.

Perhaps the most likely type of overpayment is wrongly calculated royalties. Unless it's an error in the maths (unlikely, as they are calculated by computer), that's very hard for you to check. But I've never been overpaid by a publisher and I've had around 130 publishing contracts. Slightly fewer, I suppose, as series are often covered by one contract. But most contracts cover many payments, so that evens out.

It is important that they do not count a too-optimistic advance to be an overpayment. The advance is based on their judgment of likely sales. You shouldn't have to pay for their poor judgment. In fact, there are authors - and agents - who seem to think the whole point of publishing is to trick publishers into making bad judgments about the likely sale of a book and so securing an implausibly large advance and laughing all the way to the bank. It's nice to have a large advance, but it backfires if the publisher realises you are not even as good as sliced bread and makes it your last advance.

Grim, Gross and Grisly is published today and there will be a competition to win copies.

I'll post a gross, grim or grisly fact each day on twitter (follow @annerooney to see them) and then there will be a contest for the most yukky human fact posted as a comment here or with the tag #grimgrossgrisly on twitter. Not sure how many prizes yet - depends how many I can prise (ho ho) out of the lovely publishers. If you can't wait that long, it's £6.99 from Barrington Stoke (or Amazon, Foyles, Waterstones, of course).
Posted by Stroppy Author at 11:48 2 comments:

Story of Maths in Korean 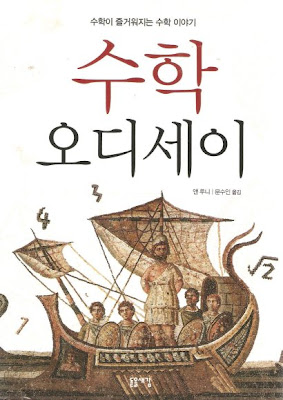 Doesn't this look great?
Story of Maths in Korean :-)

Off on holiday in CrowAshire, so no contractual clauses for a while....
Posted by Stroppy Author at 10:49 2 comments: