Retreating: running away from the battle to write 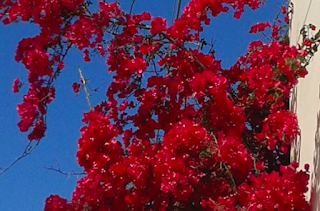 Have you ever been tempted by the adverts for writers' retreats? Do they really help you write more?

I've been on one official retreat, which was a bit of a disaster: after a single day of writing I got labyrinthitis and spent the rest of the time feeling sick as the world swayed like a ship beneath me. It should have worked. I went with three other lovely writers - all more famous and successful than me, and all better at not having labyrinthitis. It was a proper writers' retreat, with all our food provided, lovely countryside to walk in, a fire to write by, prosecco delivered to our desks at 6pm, and so on.

This year I'm doing it a bit differently. I'm at the Hilton in Olbia, Sardinia, with no one else. The hotel is in a cultural and aesthetic desert so there should be nothing to lure me away from the desk. There is no one to chat to. If I don't write I'll get bored.

Which brings me to pondering the word. Is a writer's retreat a sort of running away, like a retreating army? Or is it re-treat, as in have a nice time again? This place is definitely a batten-down-the-hatches-and-get-stuff-done kind of place. My only stipulation to myself is that I don't use the time to work on the commissioned work I would be doing if I'd stayed at home, but that I use it to do the projects that get shuffled aside: one that my agent has been waiting for for quite a long time and one that is brand new and she doesn't know is coming.

I started with the first, with reading and thinking and trying to find the holes and restructure where necessary. But I'm not excited by it here. I can't get into cold London fog when it's bright Italian sunshine outside. Also, I write best in cafes but it's been too windy the last couple of days to do that (I mean, to sit outside in a cafe). So I turned to the other one which is still fresh and exciting. I know, finish the old one first - but they are very different and the second is easier to do here. It's a bit like retreating from the retreat, though. Tackling the first project required a retreat from life to get the thing done and this is a re-treat - a chance to enjoy it all again. Perhaps that's what it should really be about: reinvigorating that love of the job that got us all here in the first place.

I'm starting to think a week won't be long enough, though. Maybe I need to become one of those people who lives in a hotel, probably Simpsons on the Strand, writing in pyjamas and having lunch and cocktails. But perhaps a permanent retreat doesn't work and I'd have to start borrowing houses and families from people so I had some responsibilities to re(-)treat from.
Posted by Stroppy Author at 06:56 No comments:

SATs 'n' all that

Those of you in the UK will be aware that there has been a lot of fuss this week and last about SATs, the tests that primary school children in England (that's grade school, or first school) are obliged to take. In particular, the fuss is about the way that writing - or grammar - is taught and tested. Young children are being obliged to learn not only grammatical terms but completely invented ones, such as 'fronted adverbial', and identify them in a sentence. Their own writing has to observe ridiculous practices, such as only using an exclamation mark after a sentence starting 'How' or 'What'. And filling their work with 'wow-words' - unusual words, usually adjectives, intended to give their writing a bit of oomph. (This latter is a widespread teaching practice rather than something the curriculum spells out as a requirement.)

This approach to writing runs a high risk of wrecking any child's nascent enjoyment of language. Nicola Morgan and I have, with the committees of our respective groups in the Society of Authors, have put together a statement against the government's practice in this regard; it's on the Society of Authors website. I have blogged about wow-words (this will also be published in The Author this month) and exclamation marks on ABBA, and Nicola has blogged about teaching grammar on her own blog. The statement has been taken up by The Guardian, who reproduced a chunk of it straight after it was issued. And now it's gone global, being taken up by the Daily Times in Pakistan. It's obviously something people feel strongly about.

None of us is against the teaching of grammar. And it's not an argument about testing per se. The people who object to this particular testing regime include some who approve of testing in primary schools and some who don't - but this particular testing regime is iniquitous. Essentially, the curriculum authority has come up with a whole lot of rules about language, supported with terminology, which it insists children as young as 6 learn. Some of this terminology and these rules are pure invention - they are not supported either by traditional grammar or by current and past usage by real authors. So children will see 'rules' they have to follow which the books they read don't follow - confusing in itself. These rules and terminology are very complex and so, correspondingly, are the tests. Adult professional writers, some with degrees in linguistics and English can't answer the questions. The British Prime Minister, David Cameron, couldn't answer questions [video] about these grammatical entities when asked in the House of Commons. Consequently, a great deal of time in school is spent teaching to the test - training children to pass an insane test that does nothing to improve their use or understanding of language and a lot to destroy their burgeoning enjoyment of it. Many teachers are close to breaking point.

The test and work for it are demoralising and destructive. Children are set up to fail. Many parents kept their children away from school so that they would not be subjected to the test. The minister for education condemned them for it. But countless schools reported children in tears, even the brightest children unable to answer the questions. What useful purpose can this possibly serve?

It's not hard to frame teaching of writing and how it works in a way that increases rather than reduces children's enjoyment and understanding. Here is the bad way:

1. Which sentence contains a fronted adverbial?
a) 'Thrilled to be trusted with such complicated instructions, Roger took the crowbar from Billy.' (I Was a Rat, Philip Pullman)
b) 'I stood in the morning room with Hodges, not knowing what to do.' (The Dead of Winter, Chris Priestley)

Here is a better way:

1. Which sentence tells us how a person did something before telling us what they did?
a) 'Thrilled to be trusted with such complicated instructions, Roger took the crowbar from Billy.' (I Was a Rat, Philip Pullman)
b) 'I stood in the morning room with Hodges, not knowing what to do.' (The Dead of Winter, Chris Priestley)

And here is an even better way:

'Thrilled to be trusted with such complicated instructions, Roger took the crowbar from Billy.' (I Was a Rat, Philip Pullman) - do you see how putting the descrption first makes us eager to read on to the end of the sentence, to find out what Roger is thrilled about?

'I stood in the morning room with Hodges, not knowing what to do.' (The Dead of Winter, Chris Priestley) - this sentence creates a feeling of expectation and impatience. The standing is stretched out as the character and we, the readers, don't know what is he will do next.

Oops, no test there. Damn it. The kids might just see how the technique works instead of being able to name it. That's no good, is it? And if the explanation is considered too hard for young readers (Year 4 is the time fronted adverbials are introduced), then they are too young to need the term as it's useless to them. If you want to know which terms children have to learn - and/or what they mean - there is a list on The School Run's website.

How about we bolster #readingforpleasure with #writingforpleasure? Let our children enjoy language. If we don't, we'll lost a whole generation of writers - and not just writers of fiction, poetry, screenplays, and so on, but writers of biography, science books (and articles), journalism, history, philosophy...