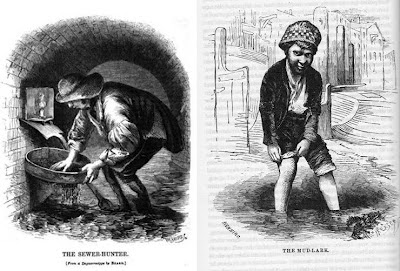 Are writers distracted from work by stuff on the web? Yes, sometimes. Do they need to pay good money for silly applications that block their access to the web. No, not unless they are total wimps and suckers.

An article in the Daily Telegraph is the latest in a string of mumblings that the internet is the enemy of creativity. Naomi Klein, Dave Eggers and Zadie Smith are apparently amongst the novelists who can't write unless they use SelfControl and Freedom (applications) to prevent them watching dumb cat videos on YouTube. Really? What's wrong with unplugging the modem, working in a cafe or library that doesn't have wifi, or even just using real self-control? After all, if they know they want to avoid messing about online, turning off the router, or just disconnecting from the network, is really not very hard to do (and it's free). I'm with Will Self, who said of this self-nannying: "“Get a grip, Zadie! I’m sorry, but that is just pathetic. Turn off the computer. Write by hand. I find that ludicrous.”

But there is another aspect. I suppose it depends in part on what you write, but I find instant access to the internet very helpful. I'm just starting a new project, and it's set in Victorian London. I'm not one of those people who does all the research and then all the writing - I'm too impatient to get started.

So I spent a day sitting in the sun making random notes on an old envelope and reading MR James ghost stories, then started writing. I probably won't keep those early pages, but they help to get the voice right. Yet writing the first 500 words I needed to check: when cigarettes replaced clay pipes in London; how long a baby will survive without oxygen at birth; which treatments of such a baby maximise the chances of its survival without ill-effects; when artificial resuscitation methods started and what they were; what the Society for Recovery of Drowned Persons recommended for treating nearly-drowned people; the appearance of a baby born in the caul; the appearance of the original Waterloo Bridge; when the toffee apple was invented (1940s - no good). I needed to know these things immediately. Guessing and writing on wouldn't work, as some of these are essential to the working out of the plot and I need to feel it's right, or at least possible. And in looking for a mudlark, I discovered there is a very unsavoury job of sewer hunter. I'll have one of those!

Ah, but perhaps Zadie and co are more worried about wasting their time on Facebook and twitter and Skype chat? But what better research source than intelligent, knowledgeable people? From Facebook, I got this from a professional historian: "I think non-clay pipes replaced clay pipes; cigarettes were common by the 1870s but regarded as unsuitable for a gentleman; and had become pretty well universal by the First World War." Twitter can bring an expert in minutes. On Skype, I chat with other writers who help me work out tricky plot points or how to adapt something to make it age-appropriate.

Besides these clear and sensible benefits, though, the web is a serendipity market. It's where you can come across astonishing snippets that trigger ideas, or feed in to your writing. That dreadful question, where do you get your ideas from, can often be answered by 'from the web' or 'from radio 4' as well as the usual 'from the world around, people talking, books, paintings...' I'm off to the library in a minute to read Mayhew's London Labour and the London Poor, volume 4. Which I was directed to by an article on the web. (The Google bookscan version is full of thumbs.) There, I will write and make notes and I won't bother to connect to Lapwing, the Cambridge University wifi network, because I won't need it. But I wouldn't wilfully shut myself off from that source of serendipity for extended periods in an artificial way.

If I'm writing, and want a break, I'll often look at twitter and find an interesting link to follow. It's the same as picking up the newspaper and flicking through it, or doodling in the margin of the page. A lot of writing is waiting for the brain to make connections, for the subconscious to do its stuff. Feeding in a few stories about female pirates or steam-powered submarines or sewer hunters can't do any harm.  It might be procrastination, but it's useful procrastination. In fact, perhaps web browsing is the modern equivalent of sewer-hunting...

And have you noticed how, once you are into a topic, it crops up everywhere? It's like only seeing how many pregnant people there are when you are pregnant yourself. Once you're on the lookout for arctic explorers or Victorian undertakers, they're everywhere. But mostly online. Not so many hanging in my office if I turn off wifi. I need a big sign: Serendipity welcome here.