How to speak publisher: E is for editor 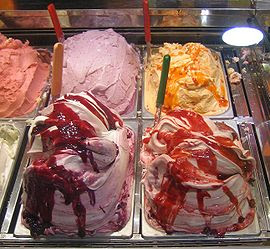 Editor-god is the commissioning editor. (S)he puts together lists and series to make a coherent offering by commissioning writers/books - either looking for writers for specific books or responding to submissions. She may help a publishing director to decide the direction of the list.

The copy editor is most concerned with the words on the page. (S)he will do a line edit - go through the book advising on style and grammar.

Don't be scared of editors (1). The editor is not some harpy bent on removing all vestiges of your individuality from your book. The idea is that you and the editor(s) work together to produce the best book possible. If your individuality manifests in using the same phrase thirty times, or having an apparently major character disappear after three chapters never to reappear, and with no explanation, then some individuality should indeed be pruned away. But the point is to make the book better. All books can be improved and a good editor does that. Have you noticed how some successful writers seem to produce worse books once they are really famous? It's often because editors are unwilling to tell them their latest book is too long, or has too much of something that was a nice quirk once but tiresome when overdone.

Don't be scared of editors (2). Editors make suggestions. You don't have to follow all the suggestions. Follow the good ones and explain why you don't think the others are good. You need a reason if you want to reject changes, and 'I like it like that' doesn't count. If you can't explain and defend what you've done, why should anyone take your view seriously? But you really, really don't need to do everything the editor suggests. To do so makes you look like a push-over. If you aren't going to defend any of your original choices, perhaps you didn't think very hard about the book?

Here's a little anecdote. Last year, I was in Starbucks in Oxford. On the next table were two men who were clearly editors. One began telling the other about a new writer he had signed. The book had come in, and there were a few problems with it (as always) and he had gone back to the writer with his list of changes. "He made every one!" the editor said. "He didn't want to discuss any of them." Do you think the editor was happy? No. The two agreed the writer was unprofessional - he couldn't have had any reason for structuring his book in that way, so he hadn't thought about the commission carefully enough. Finally, the editor said he wouldn't be rushing to take another book from that author. So you might think you're being good and compliant if you agree to every change, but you're not doing yourself any favours if you don't defend at least a few of your original choices!

Editors offer advice and suggestions, and tell you if something isn't working. The editor doesn't have to tell you what to do instead of what you've done - though (s)he might if (s)he can see a solution. Fixing it is your job. Discuss it - the editor might be able to help. If there's a problem with part of the book, you will have to do something about it, so explaining why you wrote the book like that is a good starting place for finding a solution. If you say (for instance) 'this scene you say is boring helps to show Z's character' the editor can help you find a solution that helps builds Z's character but isn't boring. If you just have a strop because the editor wants to change your great work, you're on a hiding to nothing. Don't bother. Work with your editor, not against her.

Caveat: Very occasionally, you work with a bad editor. A few editors secretly want to be writers and change your book just to make it more 'theirs'. But that is unusual. I have had one editor like that in 15 years (about 150 books).