At my desk with coffee at 6:15 to find that I missed the British Library event (online) I paid to attend yesterday evening because I was still battling dinosaurs. If I watch it now, I won't start proper work until late, so I'll try to remember later — but it's only available for 48 hours. It's relevant to a book I'm not writing. That is, a book I was sporadically doing bits with until lockdown #1, and which just needed a good chunk of free time to sort out its shape. But a chunk of free time in which the British Library and the Bodleian were both open and accessible. So it's a book I'm not writing, and possibly never will write... 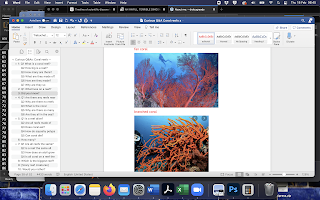 I look at my rather ropey schedule and decide it's time to bite the bullet and do the outline I've been avoiding I was keen on this project a few weeks ago, had good ideas, sent off my concept — and then the publisher sat on it for some weeks while my enthusiasm withered and my calendar filled up. I'm pretty sure I'll be keen on it again once I get started. At this stage I only need to do presentation materials: a few spreads and an outline. They'll use this to try to secure foreign co-edition deals and if they do, the book will go ahead. I'm part way through another set of presentation materials for one of my regular publishers, too, and I've yet another set requested yesterday. These can be tricky because too much emotional investment in them leads to disappointment if they don't go ahead, and too little leads to them not going ahead because the work lacks the spark that enthusiasm gives it. I wonder if a walk in the early-morning dark would help? No, it's just displacement activity. Today had better be Outline Day. Grim. And today's opera from the Met is Falstaff, which is not the best to work to. I work to the day's opera from the Met all day, playing it on repeat until I get bored with it and go looking for another opera on the Radio 3 archive. I listened to La Bohème four times yesterday. When the pandemic ends, they will stop the daily free broadcasts and I'll have to make my own choices.

Today I need to get this outline at least started and at best finished; write a proto-spread of a book on coral reefs; answer all the emails I've been ignoring; check the final bit of artwork on the consultancy project, when it comes; and write one of the outstanding dino spreads. So — on with the outlines!

I start the most outstanding (in terms of time, not quality) outline, but then a friend asks me to post her some plant cuttings. As she's a publishing consultant, this is kind of publishing related, no? (No, I know it's not.) I stop work and do it, walking to the post office and buying croissant and raspberries for breakfast on the way back and suddenly it's nearly two hours later. And although I'd made a good start on the outline I can't get back into it and everything I write looks like rubbish, so I noodle around online, but don't happen to come across anything useful. In 20 mins I can legitimately make coffee and Zoom my dad. I catch up with emails as the writing isn't happening... 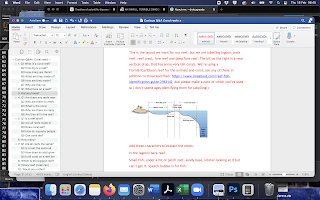 Emails done, but not exactly dusted. The new commission batted into the middle distance while I think, existing commissions picked up and replied to and then resettled to collect dust until they start wriggling. After lunch (toasted sandwich this time, it's heading downhill already) I start writing a spread on coral reefs but then glimpse Adèle Geras and Helen Craig walking down the road. True, you can't glimpse people walking down the road if you are looking at your laptop. The exciting prospect of speaking to an adult is too much to resist. I drop everything,  grab my coat and run out to join them on a short walk to the bird pond. (It's a very literary area around here.) And then I wander down to see if the vaccination clinic is running today (it's not) and past the coffee man which inspires me to make coffee when I got home, and so here it is at 3pm and hardly anything achieved. But the walk with Adele and Helen was a splinter of bright normality as sharp as broken glass that refocuses the day. Settled, I find an email from another publisher who wants me to do something and to call for a chat about projects. Projects are the last thing I need right now. Back to coral reefs and sourcing sharks that live near Florida. 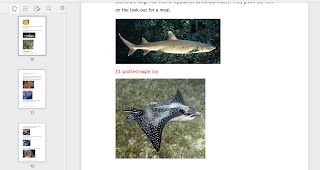 Post-shark, the final chapter of the consultancy project has come in so I do that just so that a project can count as finished (at least until it comes back). The work is irritating but quickly done, so I turn back to the outline I gave up this morning. I sketch out a list of six things to cover in the chapter I'd got nothing for, which is huge progress but is also only actually six words. But then I get a message from my daughter asking me to drive her to the hospital (she works there, it's not an emergency) and sit in the car with MB for ten minutes while she picks up some stuff she needs, so I'm let off the outline again.

Back at my desk at 6pm to realise the whole day has gone on bits and pieces. Now what? Give up, watch the British Library thing I missed and drink gin? Or get on and do something useful? These books, sadly, won't write themselves and I've agreed to two more things and an open-ended 'let's talk about proejcts' during the course of the day, so the list is getting longer rather than shorter. Gin and dinosaurs, I think...

Disachievements: Discover I've started the wrong picture book outline as the editor wants to kick off the series with a different title; agreed to one more project and a chat about other new projects (this can go in either achievements or disachievements really); a lot of skiving