Writing and not writing: Day 4 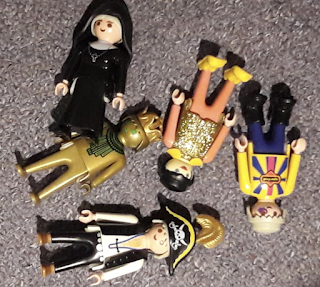 MB's been here overnight so I have to make an early start to get some work done before she gets up. I check a dino spread I wrote yesterday, correct a few things and send it off. Then she's up. It's 7am. I persuade her to get into my bed with her toy panda so I can do a bit more work (and so she doesn't get too grouchy as she's only had 9 hours' sleep and usually has has 10), but she just lies there talking to me. We discuss a book I'm working on and she gives her opinion of the publishing schedule, which would be very sensible except that it doesn't take account of the different times of summer and winter in the northern and southern hemispheres. We briefly discuss the complexities this adds to international publishing: the books will come out in north and south at the same time, so her suggestion that the titles connected with cold weather come out in winter doesn't quite work. But she does say one thing that I pass on to the publisher later and we agree to take into account. Cutting-edge market research/customer consultation in children's publishing takes place with your key consultant snuggled under a duvet with a cuddly panda. All business should be done like this.
Eventually I give up and we go downstairs to have breakfast and build her Playmobil ambulance. That takes an hour. We had an agreement for the morning: ambulance, school work, play with ambulance, Zoom call to my dad, lunch, her Zoom play date with her friend. But instead we play with the ambulance and other Playmobil until it's time for the dadly Zoom call. We invent a super-hero called Ptera-girl who rides a giant pterosaur and rescues people, a surprising number of whom need to go in an ambulance. My super-hero boy gets demoted because his eagle loses to the pterosaur in a battle. I spend at least half an hour adding hair to all the Playmobil people who have been scalped over a period of promiscuous, hair-swappping, pandemic months.

After the Zoom call I sneak in some time to answer emails before going downstairs. She is allowed to watch Minecraft videos on YouTube while I do the Zoom call so she's happy if I extend the time by 15 minutes. We have lunch and finally do the bit of left-over schoolwork, with much grumbling, before her Zoom play date. Then I go upstairs and work, just fielding occasional requests to print mermaid colouring sheets, reach her unicorn dressing gown from the hook, and other such essentials. Her friend's mum is a lawyer. We are both using the play date to get work done. This is the usual pandemic juggling act. I've had three straight days of work before this day, which is probably the first time since the start of the current lockdown. A good chunk of time goes on a chat with the bank to sort out some irritating banking issue, and then an hour on working out my working hours and schedule for the next two weeks now I know everyone's shifts. I send the schedule to the dinosaur editor so we can try to make the to-ing and fro-ing all work as pages move between me, the editor, the artwork team, the designer and the consultant.

Then I flit unproductively between projects, keeping them all going but settling on none. I work on a picture book for a while, but immediately have to email the editor as I can't remember if we agreed a word count and the information, if I have it, is on the computer MB is using. I add a few bits to an outline. The stream of little interruptions, and the times I interrupt myself to check the loud noises from downstairs are OK noises, makes it hard to settle on something and do it properly. With her Zoom ended, at 4pm, we play more before her dad comes to take her away. It's 5.30 before I can get back to work, and I've not been out of the house all day. I work till 6:30, but rather unproductively, and then walk up to Waitrose to get some fresh air before a Zoom dinner at 8 pm.

Achievements: built an ambulance; helped design a super-hero; tweaked series concept to accommodate MB's insight into how readers might use the books; very slight progress on two outlines; some useful emails

Disachievements: omitting to upload Day 3 until late in the day; failing to make required fancy meal for Zoom dinner and keeping my food out of shot (at least that's possible); not getting enough of MB's school work done. We don't have much half-term left for catching up before the whole lot starts piling up again