How to speak publisher - C is for Cover

The cover is the bit on the outside of the book. That doesn't take much explanation. It can be a flimsy bit of card if you've written a mass-market paperback or a cloth binding covered by a glossy dust wrapper if you've written a high-end hardback - or anything in between. 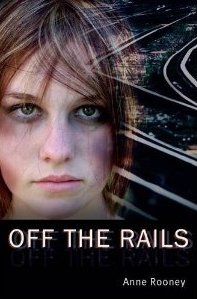 Then there's what goes on the cover. Crucially, it should have the title and your name. And it should have a nice and appropriate design. That's where things generally go wrong (though sometimes your name doesn't appear on the cover - with licensed character work, for instance). It comes as a surprise to most people who aren't involved in the process that the author has virtually no control over the cover of their book. The cover is designed by a designer. That's good, generally, as design is what designers are good at and writing is what writers are good at. It would be pretty rubbish if writers designed the cover and designers wrote the text, wouldn't it? Keep that in mind when you grumble about your next cover. But even though this sounds like a pretty obvious division of labour, there are often problems.

The first problem is that the designer rarely reads the book. This can lead to some ridiculous situations, when a black character is depicted as white, for instance, or a horse is the wrong size/type/colour. Then there's historical and scientific accuracy. An illustrator *should* check everything carefully before coming up with a cover picture, but they don't always do so. You may have a medieval knight in armour from the wrong period, or penguins outside an igloo (yep, had that one - poles apart, illustrator!) As author, you should see a rough of the cover in good time so that you can pick up on these details and have them changed. But that doesn't always happen. You may not see the cover until it has been passed by everyone else, and then your objections may fall on deaf ears. 'It's too late to change it,' the editor cries. 'No one will notice.' The last may be true, at least in some cases - but you've noticed and so it will niggle every time you see the book. (Or worse than niggle if it is (a) a really bad error or (b) you've not published many books yet.) 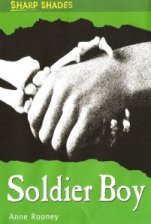 Leaving aside the covers that are just plain wrong, some covers are horrid, ugly, boring, or formulaic (they look like every other paranormal romance/Mr Gum-style silly book/sci-fi fantasy). This is where it gets tricky. The design of a cover is not just an aesthetic matter.The marketing droids have some input, as they know how the cover will resonate with booksellers and purchasers. There is a language of cover art and cover design which you may not speak but you hope the designer and marketing team do speak. The cover is shorthand for 'this book is about XXX; it might appeal to you if you liked YYY.' A lot of the distress authors feel at their book covers is that they feel the cover places their book in the wrong pigeonhole. You might think your novel is a staggering work of original genius that is really a one-off literary novel, but - even if it is - the publisher may think they will sell more if it has a pink glittery cover and picks up on the fluffy romance bits. The publisher is probably right. Cry if you must, but at least you will be able to afford a box of tissues. You don't want your book to look like every other book of that type, but you will sell more if its cover speaks the right dialect. Your paranormal romance won't sell as many copies if the cover is pale blue and yellow rather than black and red.

Some cover designs are just lazy. They use stock photos that have been used on a hundred other covers and they use unimaginative design and uninspiring fonts. You can grumble about this, but what it says really is 'yours is a routine book - it's not a list leader and we can't afford a better cover'. The publisher will struggle not to say this to you, so I will. They can't afford to set up a photo shoot with models who look like your characters; they can't afford to commission original artwork from Quentin Blake; they can't afford that better picture from Getty. No amount of author-whinging is going to get the budget increased. If you can find a better picture from a cheap picture agency, you could pitch that. But I don't give much for your chances if the rest of the design has been done. 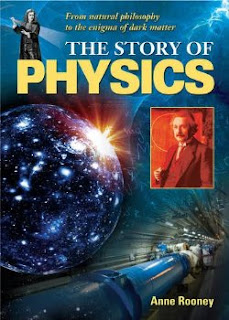 The truth is, some publishers are really good at covers and some either are not or are lazy. I love my covers from Evans (Off the Rails is the best) and from Arcturus's adult list (Story of Physics comes out 31st July). There are others I don't like as much, but I'm not going to say which as they are publishers I might want to work with again. Arcturus are great and I have a lot of input. Evans give me the chance to say whether I like it, and I always do so I've never found out what would happen if I tried to argue. But there was one case in which I hated the cover, and the illustrations inside and so did the editor, but our objections fell on deaf ears. I was really pleased when a national newspaper refused to review it because of the horrid illustrations. (How petty am I? I'd rather be right than reviewed!)

If you really hate the cover, you need to be able to say exactly what you hate about it and you need to listen to the reasons the publisher gives for choosing it. You might just be wrong. Or they might be wrong. Unfortunately, they have the final say, wrong or not. As always, a strong argument is more likely to get a result than tears and tantrums. Stroppy does not always mean having a strop. And if you're going to be stroppy, you also have to be right.
Posted by Stroppy Author at 09:37

Labels: cover, How to speak publisher