How are we doing? Or, reasons to be cheerful...

There is a lot of doom and gloom amongst British children's authors at the moment - and with good cause. But an interesting bestsellers list in (of all places) the Daily Mail offers some solace. It lists the fifty best-selling authors. Number one is JK Rowling (no surprise there); then come Jamie Oliver, James Patterson, Terry Pratchett and Jacqueline Wilson. So four of the top five are UK writers, and half are children's writers (I'm putting Pratchett in both camps). 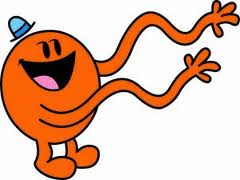 Thirty-five out of fifty are British. Fourteen (thirteen and two halves) of those write for children - fifteen if we include the one who writes GCSE guides. So of all the books in all the world (well, probably the English-speaking world), 15 out of 50 bestselling writers write for children and are British. (There is also Stephanie Meyer, and possibly some foreign ones whose names I don't recognise, if we want to include all children's writers.) I know some of you don't like maths, so I'll do it for you. Fifteen out of 50 is 30%. That's not bad, is it?

I know - there are a few bestselling authors and the rest of us struggle to get contracts with deteriorating terms, and there's no space in the dwindling number of bookshops for our titles. The cheering message  is that the public is still spending a lot of money on children's books. We might have to struggle to get our share of the pie, but at least the pie is still there. Given that a person reads children's books for perhaps 13 years of their life, and lives 6 or 7 times that long, having 30% of book sales go on children's books is a pretty good-sized pie.