This is a little post that is a really musing and half a question. Though it's skirting around some deep issues I don't have time to think about today. So you can think for me. 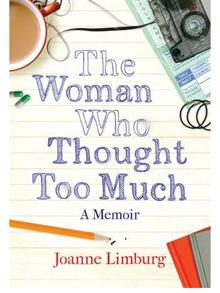 I've noticed, as I come to know more and more writers personally, and as other writers make more public appearances, that I now often hear the author's 'real' voice in my head as I read. I first noticed it reading The Woman Who Thought Too Much, a brilliant memoir by my friend the poet Joanne Limburg, perhaps because it was such a personal book. I read slowly, hearing every word as spoken by her. I was reading Margaret Atwood's Negotiating with the Dead the other day, and that was in her voice, too. It happens less with fiction, probably because most good fiction has its own voice, but it's still there to a degree.

Years ago, I did a PhD on literature that was mostly anonymous. I knew nothing at all about the authors I was spending my life with. Of course they had voices in my head, and I felt close to those (dead) people I spent years with. But I knew I invented their voices. It's different when the voice is a real one - one I might have heard earlier in the day in Waterstone's coffee shop or on the phone (or on radio 4).

All writers adopt a voice - a public voice, a literary voice, a this-is-all-I-will reveal voice, a this-is-how-I-want-you-to-see-me voice. It's our prerogative - even our necessity. It makes the book an artefact, a creation, rather than an extension of ourselves. If I hear Joanne speaking the words into my head, the artefactness of the book is lost. It's easy to be deceived into thinking it's pure Joanne (whatever that is).

It feels like it's one step away from being one of those nutters who sends Christmas cards to characters in The Archers. (That's a radio programme about farming, for you non-UK people. It's useful if you need hints and tips on preventing your beetroot getting root-and-mouth or whatever they're onto these days. It was invented by the BBC in their paternalistic role of educating the lowly farming masses by sneaking info in under the guise of entertainment.) Actually, I've just written a Christmas card to Joanne. I hope that doesn't make me a nutter. No, she was in my house on Saturday. I'm sure she's real. Perhaps I will re-address it to 'the real Joanne Limburg', just in case.

Of course, with a memoir, the artefactness is often trying to hide itself anyway - or maybe even trying not to be there. But the awareness that voice is not equal to writer, or narrator is not equal to writer, is one of the defining marks of an intelligent, sophisticated reader. Writers choose how to deal with that shadowy presence that stands between them and the words on the page. The narrator/voice might be a robust, chortling, self-aware character in his or her own right, standing to one side and saying 'look at this story, look what happened next'. Or s/he might be as thin and sticky as clingfilm so that you're barely aware of their presence and they're hard to see and peel away from the shape of the narrative. Or they might be the shadow-on-the-wall of the real writer. Oh, I am rambling on about narrators. And Plato's got in again. Time to stop.

I think there is some very deep issue with being a writer under all this. To do with how much you want to be in other people's heads and how much you don't. If you didn't want to at all, you wouldn't write (or you wouldn't publish). But - I don't know those readers! They can have my carefully constructed narratorial/discursive voice in their heads - that's what it's for - but I don't want them to think it's me. Perhaps that's why I don't like to be heard in real life - no readings, no school visits, no radio, not even any phone...

The question is - do you hear the writer's voice (if you know/have heard the writer) when you read their books? Does it bother you? Does it make reading different? Better? Worse?
Posted by Stroppy Author at 10:13