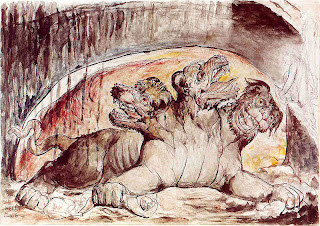 One of the particular challenges of writing for children rather than adults (or even older teens) is that to get your book into the hands of the reader, you have first to get it past a gatekeeper. Your young readers may well want to read books with swearing, sex and violence in, but the gatekeepers  don't want them to. The gatekeepers are teachers, librarians and parents. They are the ones who hold the purse strings, and they have to be satisfied that your book is 'suitable' for the little darlings in their care. Needless to say, their idea of 'suitable' rarely matches the readers' idea of 'desirable' and often doesn't match the writer's idea of 'realistic'.

I'm struggling at the moment to present an angry, disillusioned teenage character facing some very difficult issues in his life but without using any swear words. This type of character does swear. Almost all teens swear, and my teen readers are well aware of that (and swear themselves, I'm sure). I know the argument - parents will object, so the schools/libraries/bookshops can't stock the books if they are full of swearing. I remove the swearing, though with a weary sigh. But that's not the worst of it.

The books were supposed to be sexy, but they can't have any sex in them. The characters in these books are 17 and 18. They are over the age of consent. They don't have any full sex, but even references to sexual desire, or to consenting over-30s having sex, have to be very tame and ambiguous. I think I can trust the more knowing reader to fill in the gaps, so I'll let that go, too. And the unknowing younger teen will read on, oblivious to what might be happening.

One of the series features a historical serial killer who mutilates prostitutes. The gatekeepers don't like the prostitutes. This is where I do have problems. Er, actually, the killing is more offensive! This is not just an issue about books, is it? It gets right to the heart of attitudes towards what is and is not acceptable, not just in fiction but in life. We object more to prostitutes than to serial killers. Do we really?

Here are some activities in the books (before Blytonisation): swearing; wanting to have sex with someone; having sex with someone; drinking blood; drinking vodka; psycho killers cutting prostitutes to ribbons; inhumane experiments on people purchased as slaves; trying to drown someone; beheading someone. Which of these are normal activities that most people will engage in at some time in their lives? Swearing, drinking vodka, wanting to have sex, having sex. Which are activities to be discouraged, amongst both teens and adults, and which most people will never engage in? Drinking blood, trying to drown someone, beheading someone, cutting prostitutes to ribbons, conducting inhumane experiments on trafficked slaves. So which shall we remove from the books?

Could someone please explain to me why? If we show swearing, kids think swearing is OK? They start swearing? So if we show beheading, they think beheading is OK? They start beheading people? I'm quite glad my bint only swears at me if the alternative is being beheaded, but I don't think she swears because she's seen it in books! And she hasn't beheaded me, even though she must have come across the suggestion at some point.

I am absolutely not getting at my publisher or distributor here. I know we have to sell the books. There's no point in writing or publishing them if we don't. So I will write them in a way that means they will get past the gatekeepers. And I'm not really getting at teachers and librarians, though I do think they could maybe take a stand. What I am troubled by is the - real or imagined - parents who will object if their children read swear words but not if they read about cruelty. Who are these people who don't like to think their kids might discover people drink or have sex when they are older, but don't mind them thinking people kill each other from sexual jealousy and might get away with it?

Is it that the children know they should never follow the example of the serial killer (really? even the child with zero degrees of empathy?), but not know they shouldn't follow the example of the person who swears? Do we trust the reader to discern between undesirable and unacceptable? If we do, let them see the swear words. If we don't, don't let them see the criminal acts. I suppose including swearing, sex and drinking could be thought to normalise them. But they ARE normal, whether we like it or not. And doesn't showing violence on TV and in movies and video games - violence far worse and more graphic than that in most books - normalise violence, and acclimatise children to it? I suppose what I really want to know is, if you object to your child seeing swearing in a book, aren't you also a person who will object to your child seeing violence in a book? So you won't be buying the book anyway? Or have I got it all wrong? I'd really like to know.
Posted by Stroppy Author at 15:41